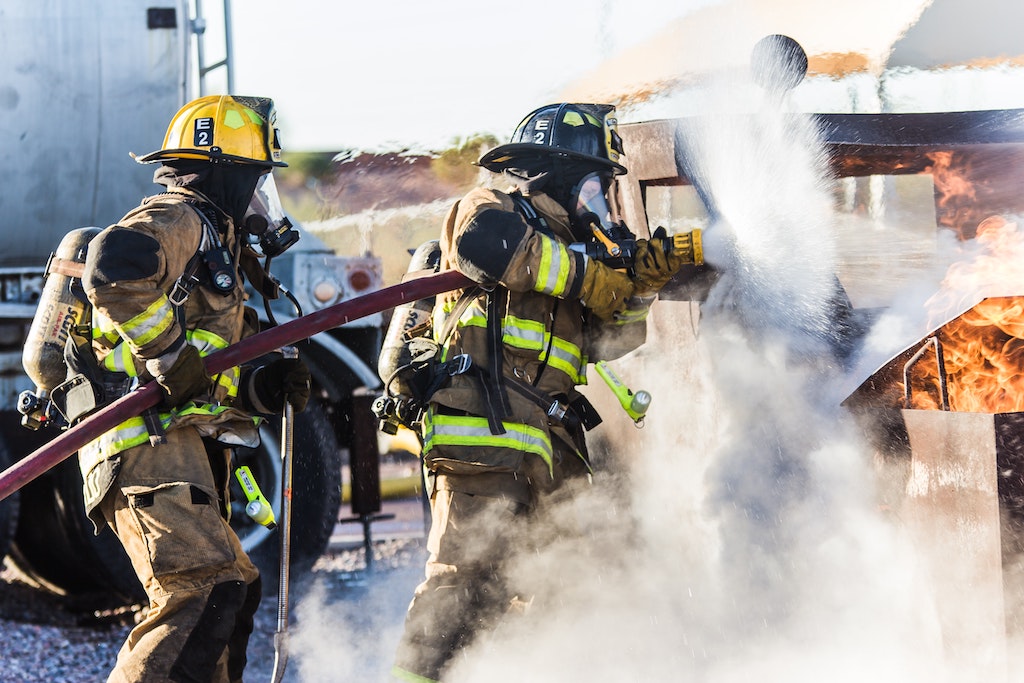 The company, AVATAR Partners, works with the American military and heavyduty commercial industries to provide interactive 3D media for improved training with zero room for errors. AVATAR’s solutions are often applied to the maintenance of high asset equipment, where a mistake could be tremendously costly.

Marlo Brooke, CEO and founder of AVATAR Partners, launched the company after 9/11.

“Our mission statement is to serve those who serve us,” she says. She remembers the bravery of those who responded to the September 11 terrorist attacks by running towards the danger instead of away. Brooke is keen to serve the fire fighting community with the solutions that have worked well for their partners in the military.

The Augmented Reality Decision Aid (ARDA) software from AVATAR is a mixed/extended reality experience that has many applications for firefighter training. The mixed reality software differs from virtual reality. In mixed reality, the physical environment can still be seen and the training features are overlaid onto it. The use of haptics takes everything up a notch when you consider the ability to introduce sensory feedback in form of the smell of smoke and feel of heat through the wearable training gear. You can create a large virtual fire integrated with the senses. Mixed reality differs from virtual reality in that it remains rooted in the physical environment. It’s a virtual fire in a real-world setting, which Brooke describes as the best of both worlds.

ARDA has applications for scenario and live fire planning, mitigating some of the expense and risk of live fire training, she says.

“This doesn’t completely replace live fire training,” says Brooke, “but it gets the firefighter 80 per cent of the way there.”

The solution is 100 per cent portable, reusable and intended to aid in training for decision making. There is less risk of injury for new firefighters and it helps to create the muscle memory by still requiring them to go through the physical motions Brooke notes, adding that the actual risk of a live fire raises stress, which can interfere with mental clarity and by removing the actual stress it may help reinforce the learning. Alternatively, AR with sensors can be configured to increase the emotional and mental stress factors, but without risk of smoke damage to the lungs. The sensors are equipped to let firefighters know when they are getting too hot, providing an additional layer of support through data and machine learning. The AI provides instant feedback, providing firefighters with the consequence for their actions. This will influence their training if they find out they continually doing something to injure or risk their life. The scenario planning could involve evacuations or safety checks. You can have your firefighters get people to safety and have civilian emotional responses built into the simulation, such as those who are afraid or those who won’t leave the building. The scenarios are unlimited, says Brooke.

The secret sauce of ARDA is SimplifyXR, she says, which is a software AVATAR sells that allows for quick modification and one that can be done by the fire department’s themselves quickly if they want to change the building layout or fire size, for example. Departments can also consider training for scenarios beyond fire like biohazard. The software can be configured to do whatever the fire department wants it to and it can be collaborative, allowing the user to share what they are seeing with someone offsite.

AVATAR’s solutions are available now to fire departments and the company is seeking a Canadian company to partner with; a fire department to work with to build it out.